On average a horse’s brain is the size of a large orange but weighs significantly more at roughly 623g and it is around half the size and weight of a human brain. Given that horses are much larger than humans the brain size is proportionally much smaller in relation to body size.

What is the brain made of?

Located below the ears and above the eyes within the horse’s head, the brain has two layers made up of highly specialised predominantly neural tissue. The inner white matter is a layer of connecting myelinated nerve fibres (encased in a fatty myelin sheath to enhance the transmission of electrical impulses). The outer grey matter contains nerve cells and unmyelinated fibres.

In the centre the brain’s core is ‘hollow’, containing a system of cavities, called ventricles, and ducts filled with cerebro-spinal fluid (CSF).

The horse’s brain is broadly divided into three regions, each with a left and right side or hemisphere.

The cerebral cortex (forebrain) is the largest part of the brain and is responsible for perception, information processing and voluntary control of movement.

The cerebellum lies behind the cerebral cortex and manages coordination of movement and fine control.

The brainstem is a bridge between various parts of the nervous system and contains tracts carrying information from the cortex and cerebellum towards the spinal column.

It also contains the roots of nerves to the head and neck (cranial nerve ganglia). These include the trigeminal and facial nerves that coordinate movement and sensation in the face and the vestibular nerve that controls the position of the head, eyes and main body in relation to gravity.

The most common causes of brain disease in horses in the UK are head trauma and metabolic encephalopathy – which is a group of problems caused by chemical changes that affect brain function but which are caused by disease elsewhere in the body. Occasionally horses can suffer from epilepsy too.

Consequences of damage to the head and brain can be very serious, resulting in anything from mild disorientation to seizures or coma. It’s vital to call your vet immediately if you think your horse may have suffered head trauma.

Sometimes chemical changes in various parts of the body can affect the brain; for example, liver failure can cause hepatic encephalopathy.

If the liver is damaged and unable to remove waste toxic substances such as ammonia from the body, the levels of toxic chemicals in the bloodstream may rise and mimic the effects of the brain’s usual chemical messengers (neurotransmitters). This can adversely affect brain function and lead to neurological signs such as depression, staggering, central blindness and weight loss. Around 50% of horses will recover from this stage of liver disease if the underlying cause is treatable.

Occasionally intestinal diseases, such as those causing some types of colic, can cause large quantities of undesirable chemicals to enter the bloodstream and ultimately affect the brain. Unlike many cases of hepatic encephalopathy, the prognosis for intestinal disease can often be good so it is essential to allow time for an accurate diagnosis to be made.

Although epilepsy isn’t particularly common in horses it’s something to be aware of, not least because the seizures can take many different forms and in between the horse will appear to be perfectly healthy.

Signs of epilepsy may simply be an involuntary twitching and grimacing of the lips. In more extreme cases the ears may twitch, the neck may twist or move in circles, the body may spin and the horse may fall and its limbs can paddle violently. A seizure may last for a few seconds or may be almost continuous and can be highly dangerous for people around the horse as well as frightening to watch.

What will my vet do if brain trauma is suspected?

Unexplained injuries or damage to the stable may be the first clues that a horse has epilepsy or another brain disorder and it’s important for the horse to be checked by a vet as soon as possible.

If the horse is suspected of having seizures it is helpful if these can be videoed - easier said than done if you don’t know if or when your horse is having one but fitting a CCTV camera in the stable is a practical option.

Brain disorders may sound alarming but it’s not all gloom and doom. Thanks to diagnostic advances with CT and MRI many horses go on to make remarkable recoveries. 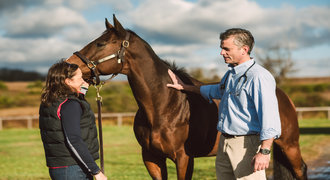 The heart of the matter

We all love big-hearted horses – believing them to be kind, bold steadfast and willing to try their best with whatever the r...

The lowdown on your horse’s liver

Your horse’s liver is big and very clever: it is your horse’s largest internal organ, weighing around 5kg and is thoug... 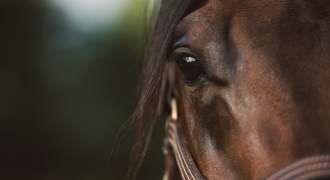 As prey animals horses have evolved to be on the constant look out for danger. Their eyes are large and laterally positioned, prov