Home Health What is a faecal worm egg count?

A faecal worm egg count (FWEC) measures the number of worm eggs contained in a sample of your horse’s dung, to indicate whether you need to give your horse a wormer or not. The life cycle of most worms involves the horse inadvertently ingesting worm eggs or larvae from the pasture. These develop in the horse’s digestive system and eggs are released and excreted (‘shed’) via droppings. FWECs are an important tool for worm control and should be conducted every 8-12 weeks for adult horses during the grazing season. 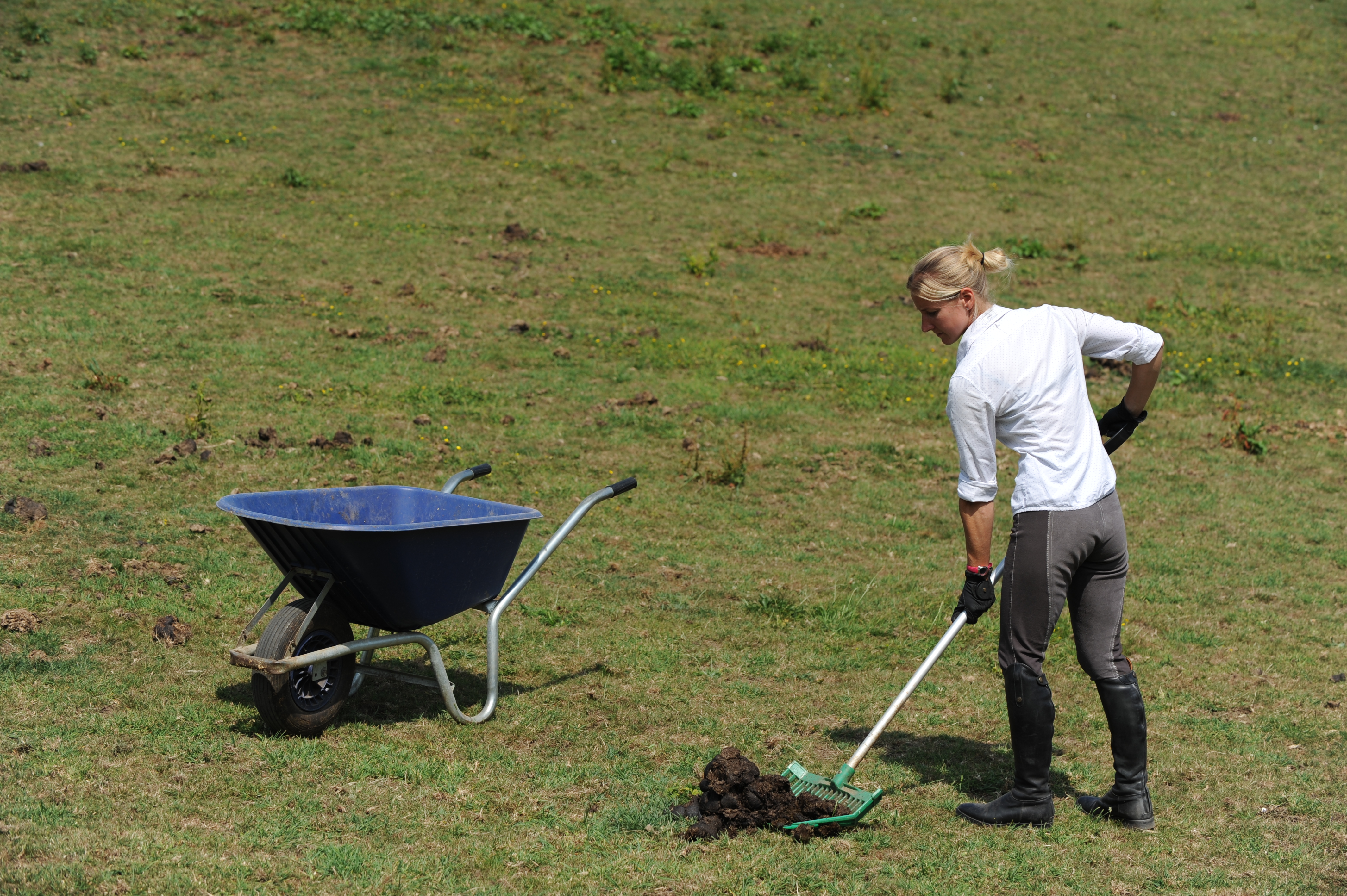 Collect a small sample of fresh dung from your horse. Because worm eggs are distributed unevenly within each pile of droppings it is best to collect a small pinch from at least five different faecal balls within a single dung pile.

Droppings used should be less than four hours old at the time of collection and the sample should be transferred to a plastic bag with as much of the air expelled as possible or filled to the top of an airtight container. Samples should be kept cool and sent to a laboratory or your vet for testing as soon as possible to prevent any eggs hatching prior to counting. 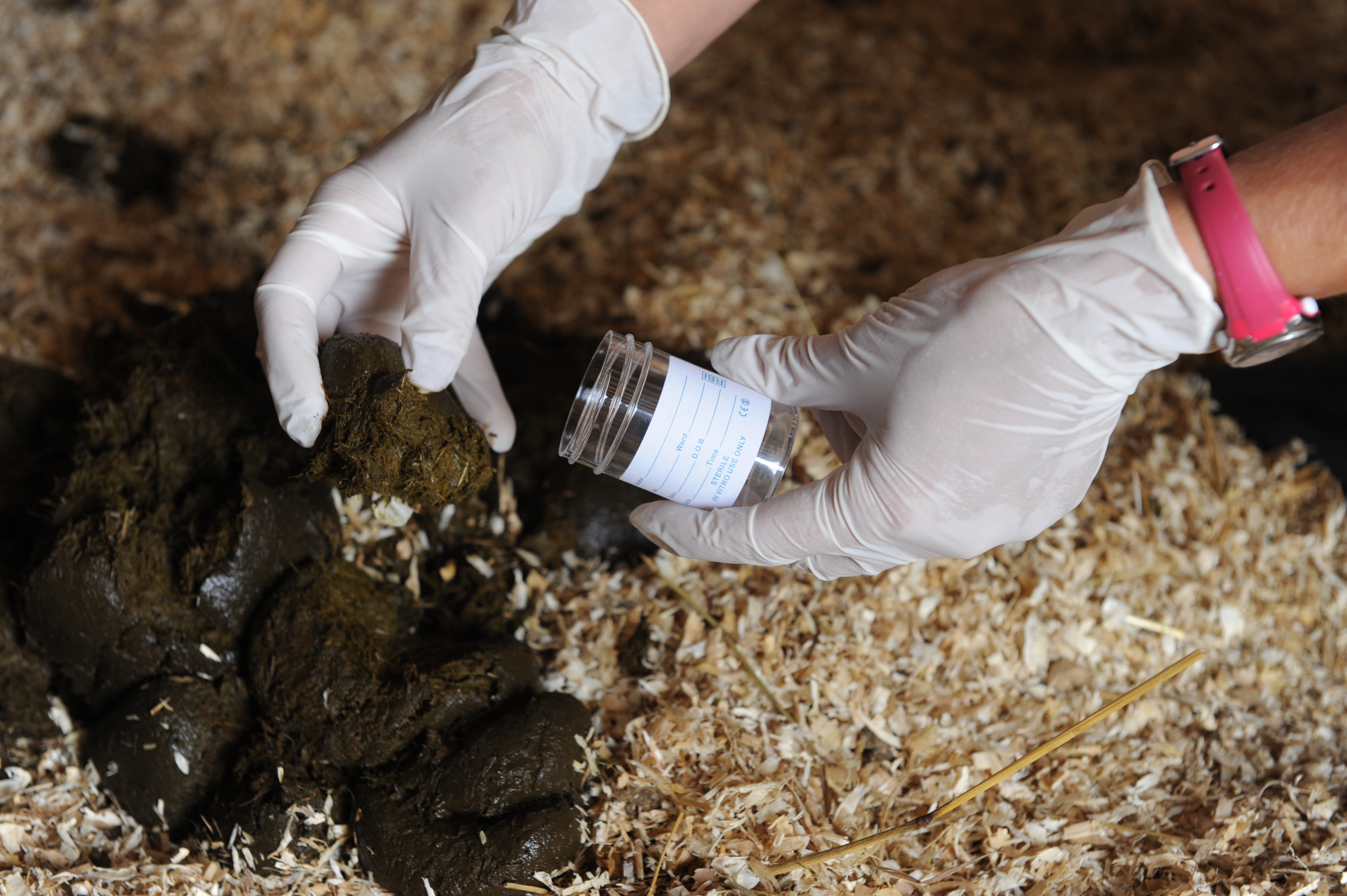 At the laboratory or vet practice

There are a many different ways in which an FWEC may be carried out – a commonly used method is the McMaster technique. At the laboratory the dung samples will be mixed with a flotation fluid and large clumps, such as grass, hay or straw will be filtered out. The sample is centrifuged and the solid particles will settle to the bottom whilst the eggs float to the surface. The fluid containing the eggs is then collected using a pipette and placed in a counting slide where the eggs are identified and counted under a microscope.

Which eggs are which?

Large and small redworm eggs look similar so are reported as strongyles. Small redworm are the most common worms to affect horses in the UK so these will constitute the large majority of strongyle eggs. Tapeworm eggs are often seen in FWECs but because they are sporadically released in segments, the absence of eggs does not mean an absence of tapeworm in the horse so a faecal worm egg count is not a definitive test for tapeworm. Ascarids are a common finding in samples from foals and yearlings.

The number of worm eggs in the dung sample are measured and reported as eggs per gram (epg). Importantly, whilst a faecal worm egg count can provide some indication of horses most at risk of parasitic disease it will not reliably correlate with the absolute number of worms a horse has. Instead, it shows how many eggs those worms are producing and this could be different for each horse, even if they have the same burden.  On this basis the aim of an FWEC is two-fold; to treat horses that may be at risk of parasitic disease and to reduce shedding to prevent further contamination of the pasture.

The standard level at which treatment is recommended is usually above 200epg of strongyles depending on the horse’s age and worming history. If you receive the result <50epg (no eggs seen) it doesn’t guarantee that there were no eggs in the sample as only a very small sample is studied under the microscope. However, it is likely to indicate that the horse is not currently shedding large numbers of eggs onto the pasture.

What to do next

A single faecal worm egg count (FWEC) is only a rough indication of your horse’s egg shedding at that time and results may vary between consecutive tests. FWECs can help you to target your worming treatments by only dosing horses with significant egg-shedding, which will stop them from re-infecting the pasture for a period after the treatment. The horses with low egg counts are less in need of treatment as they are not contributing as many new worms onto the pasture. The test can also help you check that your wormer is working, if you take a faecal worm egg count before and after administering a wormer – this is called a faecal worm egg count reduction test.

Regular FWECs during the grazing season will help to build a more consistent picture of your horse’s egg-shedding so that you can treat him accurately and keep him and the pasture healthy. Using regular FWECs will save worming horses unnecessarily, helping to prevent the build-up of resistance to wormers.

Remember encysted small redworm, tapeworm and bots will not show up in a standard faecal worm egg count, so a wormer that is indicated to effectively treat these will be required at least annually, at the end of autumn Alternatively, for tapeworm you can use a blood or saliva test and treat according to the results.

For advice on faecal worm egg counts always speak to your vet or SQP. Read more about worming here.

Check out our video on ‘Why all the fuss about faecal worm egg counts?’

Be prepared to clear the challenge of encysted small redworms and “Time it Right” this autumn/winter.

What are the dangers of encysted small redworm? 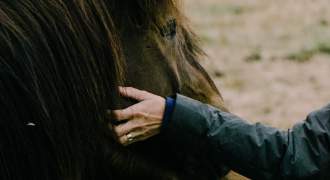